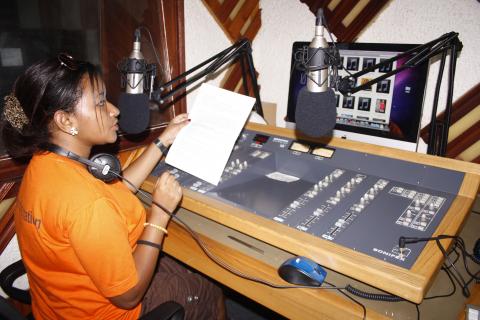 The Makerere University Journalism and Communication department is set to meet Uganda Communication Commission (UCC) this month to decide on Campus FM’s fate.

The meeting due October 29th will be to negotiate amongst other issues offering a limited frequency to the radio station, following the transfer of 107.0MHz to Salt FM in Kampala.

According to William Tayebwa, the Head of the Department of Journalism and Communication, the other issue to be discussed is the possibility of waving the accumulated broadcasting license arrears owed to UCC, which also contributed to withdrawing the station’s frequency.

“As a department, we continue to dispute the decision by UCC to withdraw our license, because Campus FM is a training lab just like chemistry or physics labs,” Tayebwa said.

On January 14th 2005, UCC assigned a frequency of 107.0 MHz to Campus FM which was followed by radio test transmission and the first live coverage of the University’s graduation ceremony in April 2005.

On 30th May 2011, the UCC Executive Director officially wrote to the Journalism and Communication department, informing them about the withdrawal of campus FM’s frequency due to failure to complete installations of the radio transmitter by 15th April 2011, as required by the Commission; and also due to the accumulation of the annual license fees.

The license fees cost Shs. 3 million annually and by September 2009, the station had accumulated up to Shs. 9 million in arrears and Shs. 15 million by September 2011.

Tayebwa said the department received equipment from United Nations Educational Scientific Cultural Organization (UNESCO), to sort the technical issues and they will soon be installed.

“The department is handling the technical issues and if UCC refuses to wave the license fees, then the University will have no option but to pay,” Tayebwa said.

The other issue to be discussed with UCC is the possibility of opening up more than one station; for training and commercial purposes.

“Vision Group has expressed interest and had already submitted a proposal to work with Makerere in operating Campus FM,” Tayebwa said.

Initially, the proposal presented by Vision Group in 2010 was to purchase Campus FM, but it was rejected and now the department will also meet them to see what they can offer.

Makerere University Holding Company, a body established by the University to generate funds requested the department to explore the possibility of starting Campus TV.

“The department is looking at partnering with private players but in all our negotiations, students will be the top priority because they have to provide the human resource,” Tayebwa said.

According to Tayebwa, everyone who comes in will have the obligation of providing training studios and a commercial one.

this is a good piece. thanks Amme Grace for the info.