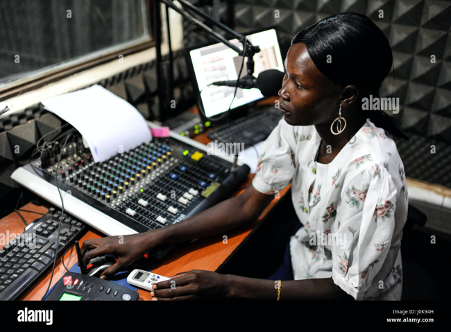 A South Sudan media expert has warned that the media ownership structure in South Sudan poses a major threat to press freedom in the country. William Dhieu, a Journalism Lecturer at the University of Juba, said that media ownership in South Sudan is dominated by former or active ruling party, Sudan People Liberation Movement (SPLM) members, who only toe party line views."The party or government member’s ownership of media makes them partisan and exclude other voices or opinions they do not agree with or support," Dhieu revealed during a telephone interview with these reporters. He said most media houses employ party members or supporters as editors to play the gatekeeping role.

The government dominates the broadcasting sector since it owns the only television that covers the whole country, South Sudan Broadcasting Corporation (SSBC) TV as well as SSBC radio. Other media owners include private individuals—especially those affiliated to the ruling party— the UN, who sponsor some radio stations, and church/faith-based organizations who own some of the community radio stations. With survival being a necessity in the country, a number of journalists have chosen to work with government-owned media houses. However, these media houses limit them from fully performing their watchdog role because they work in favor of the government. It is on this basis that many journalists find themselves knowingly or unknowingly siding with the government against the opposition in order to secure their jobs and lives.

“I work for a public broadcaster which should have been reporting in the interest of the public but due to lack of implementation of the media laws, we are forced to remain a mouth piece of the government,” said Tek Steven, a journalist with SSBC.