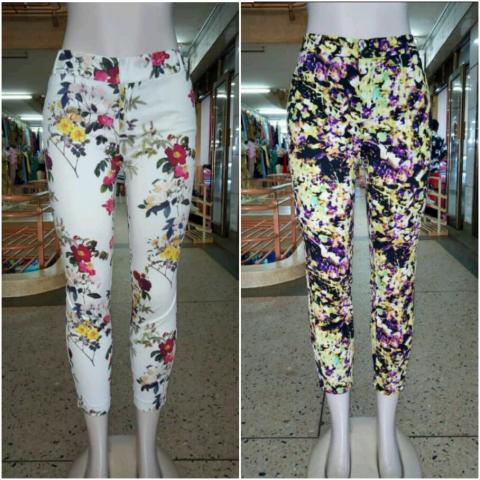 Cigarette pants that are known as drainpipes, slim or tight pants are gaining popularity as one of the hottest trends at Makerere University campus today.

It is hard now on campus to move metres without noticing two, three or probably five in every ten students wearing slim fitted pants with a snug fit through the legs, ending in a small leg opening usually an inch or two above the ankles. These pants are sold in almost every boutique around Makerere University.

Christopher Walakira, a fashion designer, says cigarette pants are narrow, straight pants that were popular in the 1960s by US celebrities like Marilyn Monroe but they are back to the fashion world in different styles, which fit in campus life style. He says that most of his customers are university students, something that prompted him to put a boutique in Wandegeya, a suburb just outside Makerere.

“The cost of these pants depends on the material and where you buy it. Kitenge pants are the most expensive ranging between 25,000 and 30,000. However, other materials are cheaper since they are imported to Uganda,” he adds.

Doreen Makula, a first year student social work and social administration, says these pants are unisex and have become increasingly common among the youths.

“Cigarette pants are worn by both men and women which makes them cheap. Luckily, there are many ways that you can look better in a pair of cigarette pants, no matter the occasion”, says Makula

“Cigarette pants are comfortable and fashionable. I love to be among the trending wave in the world,” Bob explains.

“When you wear cigarette pants, avoid staying in one position for too long and keep moving though out the day,” she warns.