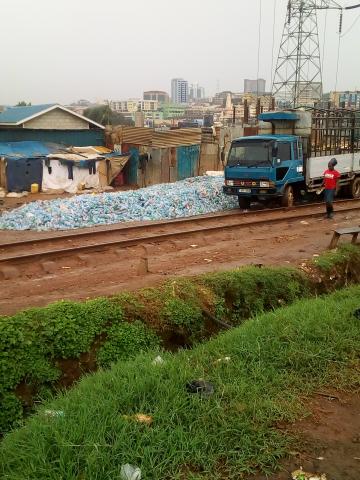 It is now three years since Juliet Mamwano started her empty plastic bottle business in Katwe and she has never regretted it.

The thirty four-year old is known in Katwe for her booming business located in the eye of the city, opposite Queen's way. Mamwano buys bottles in small numbers and sells them in relatively big numbers.

The mother of two says most people look at her business and despise it because it seems filthy since these bottles are collected from rubbish pits and garbage dumping places. But to her that does not matter, what matters is what these bottles are worth.

"I buy these bottles from young men who collect them and bring them to my store here in Katwe. I always buy them in kilograms and sell them in tones to plastic companies in Wakiso and Mukono for recycling, they earn me millions," she says.

According to Namwano, a lorry is worth two million shillings. "This business has enabled me sustain my family, pay electric and water bills, and also educate my children because the yield is not bad at all," she adds.

"I also sell scrap and boxes, if only people knew the worth of the so-called garbage then life would be easy. I advise women out there who depend on men for money to wake up and make themselves useful," Namwano adds.

Despite jobs being scarce in Kampala, a number of young men are spotted at Namwano's store making money for themselves.