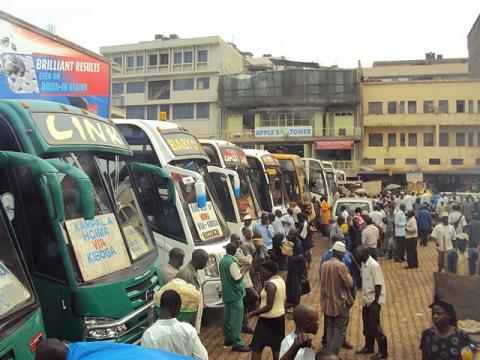 Transport fares from Kampala to several upcountry destinations are on the rise, an aspect that has been attributed to the festive season nearing and the holidaymakers returning from school.

Information from various bus terminals indicates a slight increase on the charges, which they speculate to increase more towards Christmas.

Chris Tumwesige, a manager at the Link Bus terminal in Kampala revealed on Friday that their charges have slightly increased by 3000 shillings for the routes like Masindi and Hoima, rising from 12000 and 13000 to 15000 and 16000 shillings respectively.

‘’Our customers are coming in great numbers, this includes both traders and holiday makers, the competition is high,” said Tumwesige

Elasu Edmond, a manager at the KAKISE bus company that operates from Kampala to eastern Uganda districts like Soroti, Mbale, and Tororo, revealed that the number of their clients during the festive season overwhelms them.  “Our current charges for Soroti, Mbale and Tororo stand at 27000, 22000, and 32000 shillings respectively. We see this increasing by 5000 if not 10000 shillings in late December,’’ Elasu says.

However, the charges for taxis have remained constant and according to Hassan Ndugwa, a taxi driver on the Kampala –Gulu route revealed that they keep the costs low to beat competition from the bus companies.

“Those buses have enough space to carry cargo for businessmen, and most of them prefer using them, we have to keep our prices relatively low to capture customers,’’ he explained.

Oolio Samson, a traveler with Kakise bus noted that he prefers using buses to taxis because they are safe. He said: “During this festive season, those taxis can over rush in the name of catching time, they put our lives at risk, I rather pay any amount of money to use a bus.”

A search on the bus companies travelling to northern parts of Uganda revealed an increase too, on the transport charges. Passengers are paying 30,000 shillings for a journey to Gulu by Felista and Gulu coaches, instead of the previous 25000. Onen Andrew revealed that it’s a season for them to make a ‘killing’.  “The people are always many and our buses get filled within the shortest time, we can’t avoid increasing our charges.” he said.