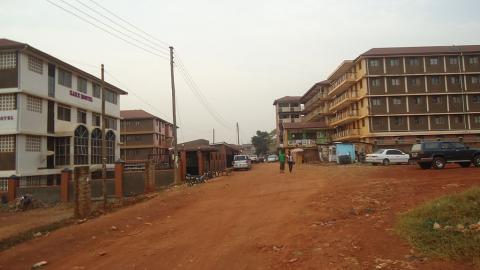 There is reported increase in crime cases in Kikoni, a suburb of Kampala popularly known for hosting students of Makerere University.

Residents of Kikoni B are complaining of increasing cases of theft are reported almost daily. According to Sserunjongi Herbert, who lives in the area, the latest case was on Saturday night when he was attacked, assaulted and robbed by yet unidentified men. “Thieves attacked me in my house last night and ran away with my TV set, laptop and fridge,”said Sserunjongi.

Byakatonda James, the vice chairman of Kikoni B, says theft has increased in his cell, with cases reported daily. He however says they are working hand in hand with the police to solve the problem.

Kiiza Akiiki, the in charge of Kikoni B police post, says they have registered a number of cases but did not give exact figures. He urges the residents to work hand in hand with the police to stem the problem.

Makerere Kikoni is located in Kawempe Division, to the west of Makerere University. Starting as a slum with shanty structures, the area has gradually grown over the past 20 years on the account of the many hostels that have been built. It is now home to thousands of students, especially those of Makerere University.