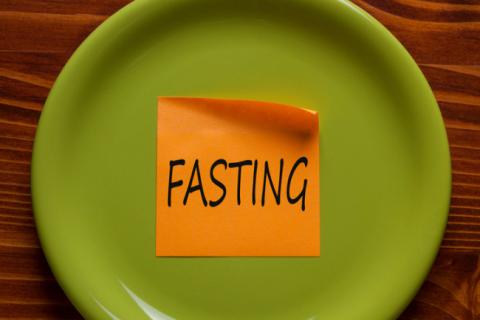 The fundamentally religious practice of fasting is stated to have a myriad health benefits to the human body outside it's spiritual contribution, including clearing skin of acne.
Mariam Annat, a partaker in the practice on an annual basis for religious reasons notes that it has helped her in several ways that are manifest on her skin. She says that fasting detoxifies the body and "since the skin is a projection of what is within, the purification process is reflected on the outside." She went on to state that she was in constant consultation with a doctor especially during her first few endeavours. Several days into the fast, according to her, it is natural to have a running stomach since this is a process for eliminating toxins in the body. The effects on her skin as well as those with whom the practice is performed have been severally complimented.

Fasting has a host of other health benefits according to Dr. Macrine Nyisomeh outside the improvement of skin such as it being the fastest, safest and most effective way to lose weight though warns particularly those who wish to lose weight through the fast to watch their eating habits after completion since that could undo the progress made. Also, "It improves immunity...metabolism...brain function...helps with ulcers", reduces risk of heart disease and type 2 diabetes. It is also stated to help prevent cancer though research is still ongoing according to studies conducted by University of Southern California.

Dr. Nyisomeh explained that there are establishments around the world that offer sojourn to partakers for a stipulated period monthly or annually but advises thoroughly that individuals separate the spiritual from the heath motivations.

Fasts are divided into types though; Intermittent fasting which translates into 10 to 12 hours with food but while drinking 2-3 litres of water daily. A complete fast which involves only intake of water and supplements added to it such as calcium. An absolute fast which is a fast without intake of any substance. She strongly advises against this type because it is destructive to the body instead but rather emphasises that water is taken in plenty since it does the cleansing and is therefore key. One should also be careful when reintroducing food to their diet after the fast and should consult a health specialist.